Today was my 10th Code Club Showcase. I am so proud of all my coders.

We had a variety of projects, most of them well put together.  It always amazes me when they come together.  I’m also amazed at the ease the students have to present to the parents. I don’t really give them a choice and they really come through.  Today was no exception and I got to see something wonderful happen.

During our snack, I went over how the Showcase would go.  The parents will be the guests and they get to sit at the computers and play the Scratch projects. Each student will present their own project for the parents.  They will pick someone to demonstrate the project (play the game) on the interactive whiteboard while they stand up front and present.  I have them fill out a half sheet of notes about the project, including how to play, the goal, their favorite part and how they would have made it better if they had had more time.  It is basically the same presentation notes from Showcase #2 with an added line for who will play the game while they are speaking.

I had only one team of two students, the rest were individual project makers. This duo created Yharmin Boss Battle (which breaks my “no weapons” rule, but that’s another post). 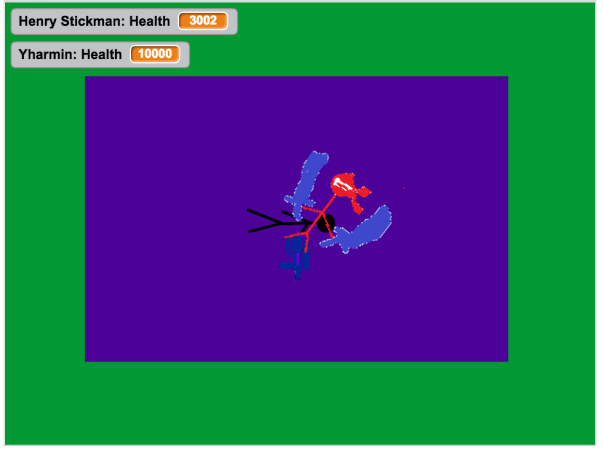 The duo started as a pretty good team with equal effort but the coding was done mainly by one student and the other spent a good amount of time “off task”.  I really felt he wasn’t holding up his end of the project, but the project got done.  I noticed when they were filling out the presentation notes, this same student was leaving it up to his coding partner to do the presentation.  I told him they needed to divide up the presentation so that each of them would have things to say, much to his chagrin.  When it was their time to present and they were standing up front, the coding partner suddenly froze and couldn’t speak.  I could see his anxiety on his face and so could his parent. I told the non-coding partner that he would have to step up and present for the team.  He started to tell me that he couldn’t but realized his partner was not capable of presenting right then. I was so proud to see him step up and really come through for his partner.  He began their presentation and by the time he got to their favorite part and what they would have added if they had time, the coding partner had recovered and both of them were talking and sharing their wonderful project with us. Bravo!

At about this time I noticed another student hadn’t filled out his presentation notes, so I gave it back to him to fill out. He is a natural in public speaking and he probably didn’t need prompts, but it is good to have just in case. 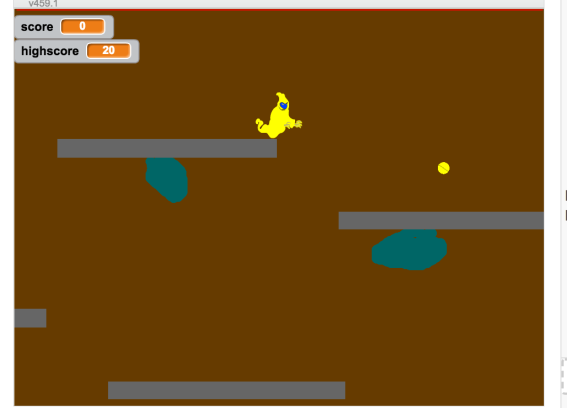 Sometimes it is the simple games that are the most fun and addictive.  Check out Falling Down Game and Geo Dash for this group’s takes on some classics.

And thank goodness for girls who code for they add the puppies and unicorns to brighten the showcase. 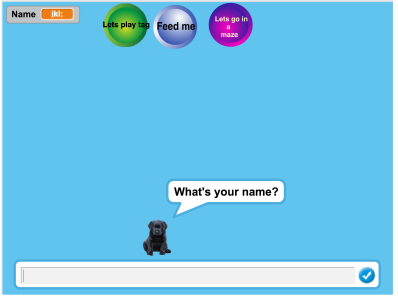 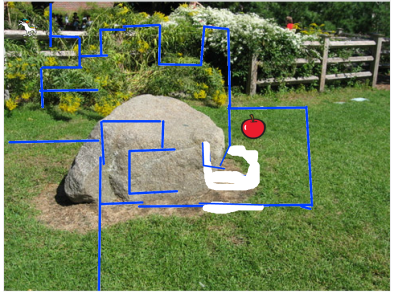