To start off the school year, I thought it would be great to have 3rd graders work on a Scratch project and I’ve been wanting to try the animated name project from Made with Code for a while now.  You can find the resource cards here. (I printed a couple of sets) Animating your name seems like a good beginner project but not one that I do in Code Club.  And who wouldn’t want to play with their name in code?

We started off by creating a backdrop for the Stage with the drawing tools in Scratch. I didn’t want them using one from the library, but to make their own.  Then we brainstormed ways to animate the letter Sprites – bouncing, turning upside down, changing color, spinning, growing, making a sound, etc.  This got them thinking about the possibilities. Next, we started adding letter Sprites.  Each Sprite was coded to be interactive by using the “when this Sprite is clicked” event block and adding an action to it.

I used the resource cards to support students who preferred directions to be written out or visual or struggled to keep up with the general pace of the class.

Each third-grade class added their own flair to the project. One teacher decided to take photos of the students with a green screen background.  The students added themselves as a Sprite to their name project and animated themselves. 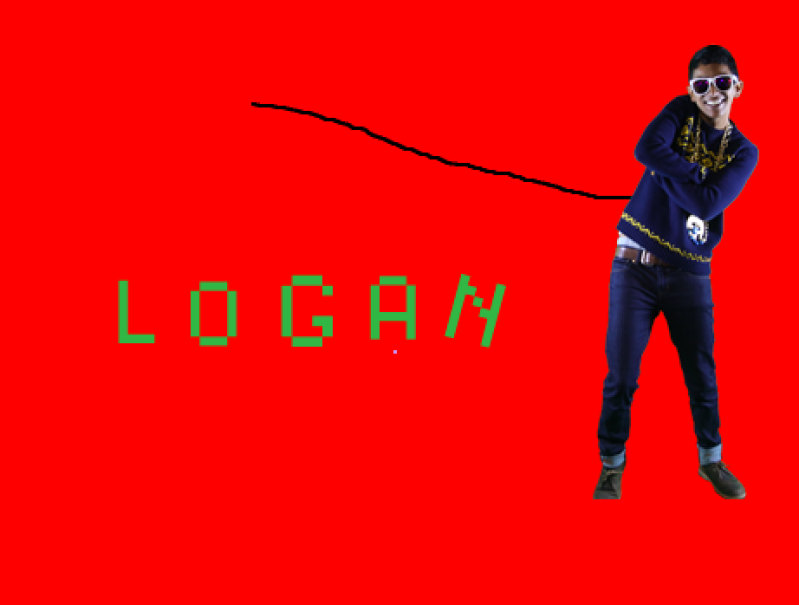 I can’t share any of the actual student works as they include both the name and photo of the students.  We are going to record a video of the project like we do with our cloud project and include it in the students’ digital portfolio.

Another third-grade was finishing up the name project so close to Halloween that we incorporated the Trick or Treat project in with the animated names.  I didn’t present this part very well.  I needed to explain the difference between adding a costume to a Sprite and adding a separate Sprite. A lot of students made this mistake and there was general confusion.

My next task is to finish the rubric for this project (which I should be doing right now).  The students enjoyed this project but we need to wrap these up.

One thought on “Your Name Animated”